15 Creative Ways to Find Boxes for Your Move

6 creative ways to find boxes for your move

If you’re moving, chances are that you’re going to need some boxes. But did you know that there are many places where you can find free boxes? Here are our top tips:

When it comes to moving, packing and getting the job done, there are a lot of moving boxes that you can use. But if you’re like me, you probably don’t want to tell your friends and family about your move for fear that they’ll come over and pack up all your stuff for you! That’s where asking them for their old boxes comes in handy.

And there are so many ways to do this—don’t worry! First off, ask them if they have any empty cardboard boxes that they could save just in case something should happen where they might need one (like an unexpected move) or maybe even donate them to charity if they don’t think they’ll be able to find any use out of them again (since most charities will accept cardboard). If none of those work then simply ask if they would mind giving those same old empty cardboard boxes away instead of throwing them away because after all: “one man’s trash is another man’s treasure!”

Save them from the trash

You can also ask your trash collectors if they can save your boxes. They will most likely be able to use them as well, since they’re already paid by the city to pick up trash. The same goes for asking your neighbors, friends and family members if they have any cardboard boxes you can use.

Another option is to visit your local recycling depot. Here, you can get boxes for free or a small fee.

This approach can be useful for students and businesses alike. If you are a student, talk to your university about whether they have any boxes left over from previous moves. You may also ask if they know of any other places where you might be able to pick up some packing materials as well – knowing that there are plenty of people moving around campus every year means that there will almost always be loads of empty boxes lying around!

If you’re working at a company that has just moved into new offices, it might also be worth asking the receptionist if there are any spare ones lying around that could be used for your own move (and yes – this actually happened).

You should also check with your workplace to see if there are any empty boxes or ones that are being thrown out. If you’re really lucky, they may give them to you!

There are many places to find free boxes for your move.

There are many places to find free boxes for your move. These include:

Hopefully, this article has given you some ideas on how to find free boxes for your move. If you still need more, don’t be afraid to ask around and keep trying different methods until you find one that works best for your situation. There are lots of places where people throw away good boxes without even realizing their potential as moving supplies!

5 Ways to Save Money on Your Move

by Wright Self Storage 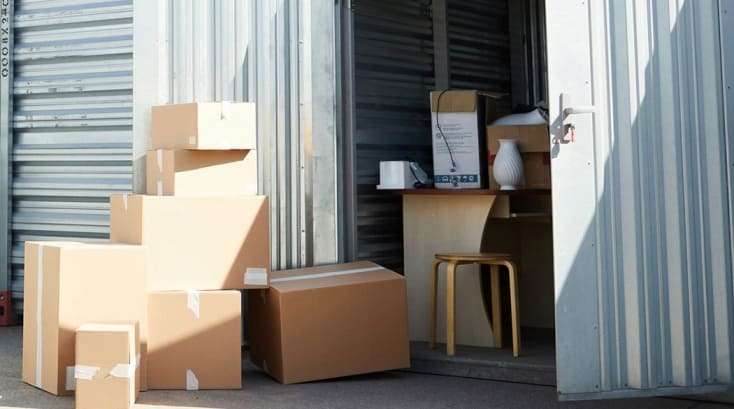 Whether this is your first move or you’re a seasoned mover, it is easy to get overwhelmed with so many little details to manage. Your kids are crying, you’ve been playing phone tag with your realtor all day, your cat is hiding somewhere in the house, and your partner already packed away the bathroom supplies, leaving you to root through…

by Wright Self Storage